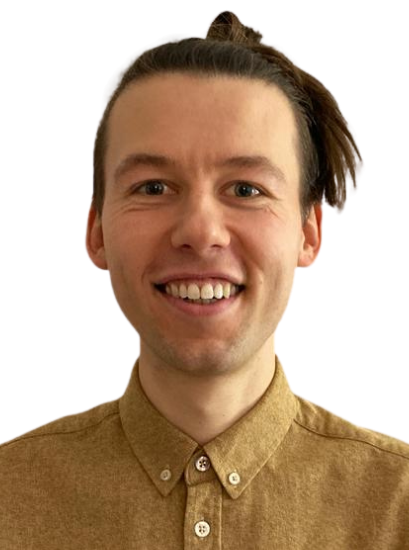 Branny joined SRC after six years of building a quantum computer and air pollution sensors. Now, as a researcher, he is currently working on the Smarter Greener Project (NordForsk dnr. 95377).

Branny leads the effort to measure the performance of nature-based solutions in Stockholm’s Norra Djugårdsstaden, using the latest smart technology. Together with SRC researchers Timon McPhearson and Erik Andersson, Branny aims to identify the urban green infrastructure which has the most potential to improve climate resilience in cities.

Branny also leads a task force in two-year project on multifunctional climate adaptation (Vinnova 2021-02465, ), where he works with a wide range of partners to investigate and develop sensor solutions and ways of translating digital data directly into useful information for urban planning and maintenance.

As a scientist, Branny has worked in three disciplines: quantum physics, applied photonics and now sustainability science. What brings them all together is his initiative of using technology as a driver of transformation by closing the gap between experimental findings and real-life applications.

Before joining SRC, Branny gained his PhD in Physics at Heriot Watt University, Edinburgh, Scotland for experimental work on solid-state quantum light emitters. He then moved to KTH, Stockholm to work on a lidar (laser radar) prototype for air sensing with a non-academic partner, Single Quantum, based in the Netherlands. By securing the seed funding from ATTRACT (EU Horizon 2020), he co-created a device which became commercially available and supports research.

Branny is working closely with local partners including the city of Stockholm, Stockholm Royal Seaport Office and C/O city network to translate the findings of his research into practice, with a special focus on how nature-based solutions are used and managed in cities.

Smart city development is expanding rapidly globally and is often argued to improve urban sustainability. However, these smart developments are often technology-centred approaches that can miss critical interactions between social and ecological components of urban systems, limiting their real impact. We draw on the social-ecological-technological systems (SETS) literature and framing to expand and improve the impact of smart ...

See all publications with Branny, Artur