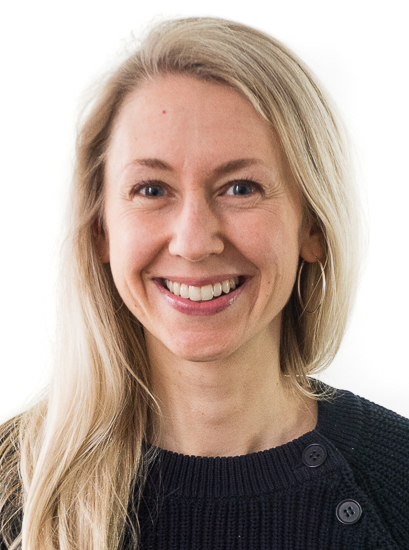 Jonell’s main research interest is sustainable food production, and in particular the role of markets, trade and the private sector in driving positive change in the growing seafood sector. Jonell has a background in ecology and more recently has included theory and methods from environmental psychology, industrial ecology and sustainability science in her work.

In the SEAWIN project, Jonell’s reserach centers on the role of consumers and other market actors in driving demand for sustainable seafood. Moreover, she aims at investigating the environmental effects of implementation of aquaculture eco-certification schemes.

Prior to her current work, Jonell worked with SRC and EAT as a postdoctoral fellow on the EAT-Lancet Commission on Healthy Diets from Sustainable Food Systems. The Commission defined the safe operating space for global food systems by setting scientific targets for both sustainable food production and healthy diets. Jonell’s work centered on food sustainability metrics and in particular the role of “blue foods” (fish, shellfish) in the global food system.

Jonell received her PhD from the Department of Ecology, Environment and Plant Sciences, Stockholm University in 2016. Her PhD thesis, ‘Kind of turquoise – Effects of seafood eco-certification and sustainable consumption’ had a focus on the role of eco-certification in improving the environmental performance of the growing aquaculture sector and seafood consumers in driving positive change. Jonell holds a M.S. in Biology from Stockholm University. She has experience from fieldwork in Gaansbai, South Africa (2007), Cà Mau, Vietnam, (2012) and Stockholm, Sweden (2013) and was a guest researcher at the WorldFish Center, Penang Malaysia (2011) during her PhD studies.

Jonell has been involved in the creation of the Evaluation Framework for Assessing Conformity of Public and Private Certification Schemes With the FAO Technical Guidelines on Aquaculture Certification (FAO, Rome 2012) and been part of the OrAqua project on Recommendations for a future European regulation on organic aquaculture.

Jonell's work has been featured by a number of media outlets, such as: Havsutsikt

Seafood is seen as promising for more sustainable diets. The increasing production in land-based closed Recirculating Aquaculture Systems (RASs) has overcome many local environmental challenges with traditional open net-pen systems such as eutrophication. The energy needed to maintain suitable water quality, with associated emissions, has however been seen as challenging from a global perspective. This study uses Life Cycle A...

The dominant sustainable seafood narrative is one where developed world markets catalyze practice improvements by fisheries and aquaculture producers that enhance ocean health. The narrow framing of seafood sustainability in terms of aquaculture or fisheries management and ocean health has contributed to the omission of these important food production systems from the discussion on global food system sustainability. This omiss...

Seafood certifications are a prominent tool being used to encourage sustainability in marine fisheries worldwide. However, questions about their efficacy remain the subject of ongoing debate. A main criticism is that they are not well suited for small‐scale fisheries or those in developing nations. This represents a dilemma because a significant share of global fishing activity occurs in these sectors. To overcome this shortco...

Farmed salmon has become an important export commodity for many countries and regions. The expanding salmon aquaculture industry has, due to its rapid increase, resulted in environmental concerns, most notably relating to the interaction with wildlife, effects of effluents and discharges in local ecosystems, in some regions overuse of antibiotics and development of Antimicrobial Resistance (AMR) and high dependence on fish res...

See all publications with Jonell, Malin