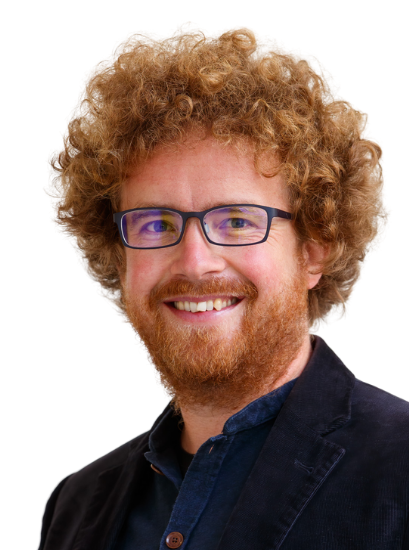 Jonathan Donges' research focusses on dynamics and resilience of planetary social-ecological systems, and he co-heads the flagship project COPAN at the Potsdam Institute for Climate Impact Research

Donges studies planetary boundaries in the Earth system from a complex dynamical system's perspective. He is particularly interested in developing a hierarchy of modelling approaches, from conceptual to full complexity models, for understanding the planetary co-evolutionary dynamics of human societies and their geophysical-biological environment. He aims at a system theoretical mapping of co-evolution space including the characterization of attractors, basin boundaries, inaccessible domains, critical transitions, and stability.

Donges' published research includes work on complex network theory, dynamical systems theory and time series analysis with a focus on applications to understanding past and present climate variability and its interactions with human kind on planet Earth.

Donges is currently co-funded by the Stordalen Foundation via the Planetary Boundary Research Network and the Potsdam Institute for Climate Research (PIK) via the Earth League's EarthDoc network. At PIK, he heads the flagship project COPAN together with Jobst Heitzig from PIK's research domain "Transdisciplinary concepts and methods". Donges has co-organized two high-level workshops in the ongoing LOOPS series on “Closing the loop – Towards co-evolutionary modeling of global society-environment interactions” (Kloster Chorin, Germany, 2014) and “From limits to growth to planetary boundaries: Defining the safe and just space for humanity” (Southampton, UK, 2015) and serves as co-editor for a special issue on these topics in the journal Earth System Dynamics.

Tipping elements are nonlinear subsystems of the Earth system that have the potential to abruptly shift to another state if environmental change occurs close to a critical threshold with large consequences for human societies and ecosystems. Among these tipping elements may be the Amazon rainforest, which has been undergoing intensive anthropogenic activities and increasingly frequent droughts. Here, we assess how extreme dev...

The stability of the Greenland Ice Sheet under global warming is governed by a number of dynamic processes and interacting feedback mechanisms in the ice sheet, atmosphere and solid Earth. Here we study the long-term effects due to the interplay of the competing melt–elevation and glacial isostatic adjustment (GIA) feedbacks for different temperature step forcing experiments with a coupled ice-sheet and solid-Earth model. Our...

Only a fast and global transformation towards decarbonization and sustainability can keep the Earth in a civilization-friendly state. As hotspots for (green) innovation and experimentation, cities could play an important role in this transition. They are also known to profit from each other’s ideas, with policy and technology innovations spreading to other cities. In this way, cities can be conceptualized as nodes in a globe-s...

The term ‘resilience’ is increasingly being used in Earth system science and other disciplines which study what could be called ‘social-technical-environmental systems’—systems composed of closely interacting social (e.g. economic and political), technical (e.g. energy production infrastructure), and environmental components (e.g. climate and the biosphere). However, the diversity of resilience theories and a certain (intended...

See all publications with Donges, Jonathan