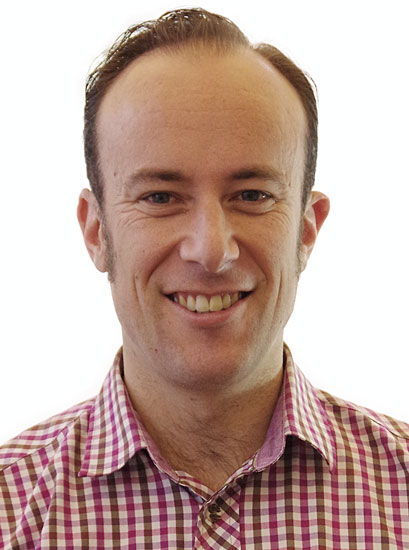 Utilising his background in theoretical physics, Lade’s research at the Stockholm Resilience Centre applies theoretical modelling tools, such as dynamical systems theory and network theory, to the study of social-ecological systems. Currently he holds a FORMAS grant to investigate interactions between the planetary boundaries, focusing initially on the feedbacks between biodiversity (biosphere integrity) and climate change.

Other research interests include extending economic poverty trap models to better take into account the complex cultural and biophysical settings in which poverty occurs and the diversity of alleviation strategies that are used to alleviate poverty. Previously, Lade modelled the social-ecological dynamics of Baltic Sea fisheries.

Lade holds a PhD in theoretical physics from the Australian National University in Canberra, Australia. Previous positions include: a postdoctoral position at the Max Planck Institute for the Physics of Complex Systems in Dresden, Germany; and a guest affiliation as Visiting Postdoctoral Fellow at NORDITA, the Nordic Institute for Theoretical Physics.

Human activities are disrupting the Earth system's biophysical processes, which underlie human wellbeing. The planetary boundary framework sets 'safe' global limits on these pressures, but a sub-global assessment of these pressures, their interactions and subsequent systemic effects is needed to enable corporate and public entities to assess the systemic environmental impacts of their decisions. Here, we developed a prototype ...

Identifying a Safe and Just Corridor for People and the Planet

Keeping the Earth system in a stable and resilient state, to safeguard Earth's life support systems while ensuring that Earth's benefits, risks, and related responsibilities are equitably shared, constitutes the grand challenge for human development in the Anthropocene. Here, we describe a framework that the recently formed Earth Commission will use to define and quantify target ranges for a “safe and just corridor” that meet...

Opinions of 12 to 13-year-olds in Austria and Australia on the concern, cause and imminence of climate change

Early adolescence (12–13 years old) is a critical but under-researched demographic for the formation of attitudes related to climate change. We address this important area by exploring adolescent views about climate change. This paper presents opinions collected from surveys of 463 1st-year secondary school students (12–13 years old) in public secondary schools in inner-urban centres in Austria and Australia on whether climate...

Approaches to understanding resilience from psychology and sociology emphasise individuals' agency but obscure systemic factors. Approaches to understanding resilience stemming from ecology emphasise system dynamics such as feedbacks but obscure individuals. Approaches from both psychology and ecology examine the actions or attractors available in the present, but neglect how actions taken now can affect the configuration of t...

See all publications with Lade, Steven