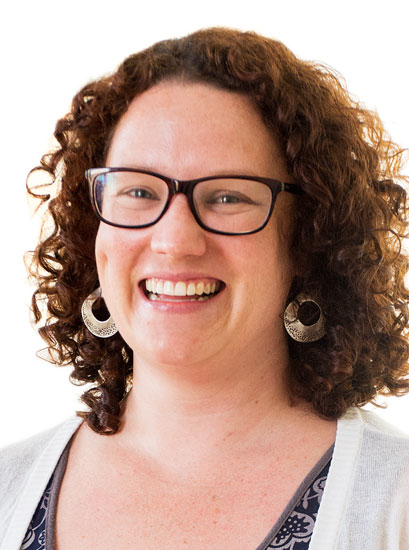 Masterson is a postdoctoral researcher exploring the role of sense of place and relationships to nature in mediating social-ecological change. Masterson investigates how sense of place supports care and stewardship of landscapes and the collective ability to cope with rapid change and transformation. Her work also draws attention to how cultural values of nature play a critical role in people’s wellbeing, and therefore need be recognized in sustainable development interventions.

Masterson also has an interest in participatory methods and how they may be expanded to facilitate mobilization and translation of local and Indigenous knowledge in transdisciplinary arenas. Masterson has explored inclusive methods such as Participatory GIS and Photovoice to encourage equitable participation of non-academic actors in research.

Masterson’s postdoctoral research project focuses on rural-urban migration in sub-Saharan Africa. She investigates how relational values influence the decisions and wellbeing of urban migrants and their ability to cope with precarious conditions in receiving cities with inadequate access to urban green space. She is also exploring how how migrant’s connections with home landscapes influence the governance of rural landscapes.

Masterson has a background in ecology and conservation, with experience in environmental consulting in South Africa, and her work has become increasingly more transdisciplinary. Masterson received her PhD in Sustainability Science at Stockholm Resilience Centre in 2016. Her thesis explored personal and cultural connections to the rural landscape of home in the Eastern Cape of South Africa. Her PhD research focused on interactions amongst rural-urban circular migration, small-holder agriculture and community conservation to highlight the trap conditions for local livelihoods and barriers to long term change.

Masterson has worked in two programs linking development and resilience at the Stockholm Resilience Centre. Firstly, Masterson worked as a research assistant in the GRAID program assisting with research on resilience assessment, and with preparations for the Colloquium on Resilience and Development in 2017.

Secondly, Masterson has experience as a programme officer for SwedBio, a science-policy-practice interface, managing contributions to the collaborative programme within the Values and Governance and Biocultural Diversity focal areas. Masterson has worked with SwedBio colleagues on the Multiple Evidence Base: an approach to respectful and equitable knowledge coproduction between different knowledge systems.

Masterson also has coordinated and lectured in an undergraduate course in Biogeography at Wits University in Johannesburg,and taught in the SERSD Masters program, and the Urban Social-Ecological Systems Course (USES) at SRC.

Masterson is a member of the Southern African Program for Ecosystem Change and Society (SAPECS). She is also part of the Social Ecological Systems Scholars community which is an open group of early career researchers sharing experiences and research on issues of sustainability science. In her current project Masterson is also affiliated with and spends part of the year at the Department of Geography, Exeter University (UK), and collaborates closely with colleagues at Rhodes University and University of Cape Town (South Africa).

Urban green infrastructureprovides ecosystem services that are essential to human wellbeing. A dearth of national-scale assessments in the Global South has precluded the ability toexplore how political regimes, such as the forced racial segregation in SouthAfrica during and after Apartheid, have influenced the extent of and access togreen infrastructure over time. We investigate whether there are disparities ingreen infrastru...

Urban green infrastructure provides ecosystem services that are essential to human wellbeing. A dearth of national-scale assessments in the Global South has precluded the ability to explore how political regimes, such as the forced racial segregation in South Africa during and after Apartheid, have influenced the extent of and access to green infrastructure over time. We investigate whether there are disparities in green infr...

Mobilising indigenous and local knowledge systems has the potential to make their critical knowledge about landscapes and biodiversity meaningful as evidence in conservation and governance. Collaborative approaches to conservation must be equitable and just to be effective in the long term. The Multiple Evidence Base (MEB) is an inclusive approach to combining diverse sources of evidence. We review uptake of the MEB approach a...

Use your power for good: plural valuation of nature – the Oaxaca statement

Decisions on the use of nature reflect the values and rights of individuals, communities and society at large. The values of nature are expressed through cultural norms, rules and legislation, and they can be elicited using a wide range of tools, including those of economics. None of the approaches to elicit peoples’ values are neutral. Unequal power relations influence valuation and decision-making and are at the core of most...

See all publications with Masterson, Vanessa