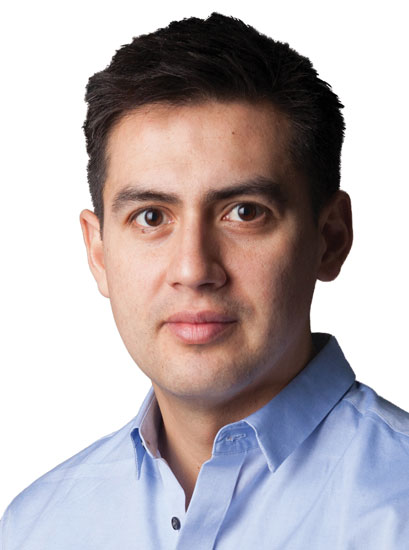 Victor Galaz's research focuses on financial systems, and their connection to large-scale environmental change with global non-linear climate repercussions. He is deputy director and associate professor at the Stockholm Resilience Centre

Galaz is also a programme director at the Beijer Institute for its programme Governance and Complexity as well as senior academy fellow at the Royal Swedish Academy of Sciences where he co-leads the programme Global Economic Dynamic and the Biosphere's work on financial systems, and their connection to large-scale environmental change with global non-linear climate repercussions.

Galaz has extensive experience as research leader in interdisciplinary projects exploring various dimensions of complex adaptive systems from his work as research theme leader (years 2006-2015) at the Stockholm Resilience Centre; Deputy Science Director at the Stockholm Resilience Centre; Acting Executive Director (2014-2015) at the Royal Swedish Academy; project leader for the project “Earth system finance” (2016-ongoing); co-lead of the Lancet Commission on Human Health and Climate Change (2013-2015), Researcher and theme leader in the international research consortium Dynamic Drivers of Disease in Africa (DDDAC), together with STEPS Centre (UK), Institute for Development Studies (UK) and others (2012-2016); Member of the Convention on Biological Diversity Liaison Expert group on geo-engineering (2011-2012); and Advisor to the EU High-Level Group on Innovation Policy Management (2017).

Among his publications are articles in journals including The Lancet; International Environmental Agreements; Trends in Environment and Evolution; Frontiers in Ecology and the Environment; Global Environmental Change; Ecological Economics; Public Administration; Environmental Politics; Governance; Complexity, Governance and Networks; Nature Climate Change; Science and others.

He is also the author of the book Global Environmental Governance, Technology and Politics - The Anthropocene Gap (Edward Elgar, 2015).

Galaz participates actively to international and national public discussions about global sustainability, politics and technology, and is a regular writer in Swedish newspaper media, and in international media outlets like The Guardian.

He is also the co-funder of the Biosphere Code. 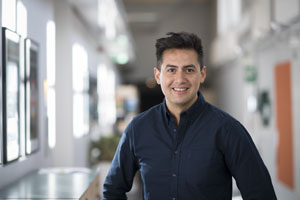 There is an increased interest in integrating insights from the complexity sciences to studies of governance and policy. While the issue has been debated, and the term of ‘complexity’ has multiple and sometimes contested interpretations, it is also clear the field has spurred a number of interesting theoretical and empirical efforts. The book includes key thinkers in the field, elaborates on different analytical approaches in ...

An invitation for more research on transnational corporations and the biosphere

We welcome the interest in our work on transnational corporations (TNCs) and biosphere stewardship. TNCs have rarely been linked to ecosystem dynamics, and even less so considered suitable partners for knowledge co-production in sustainability research. How TNCs shape the intertwined nature of people and planet therefore represents a timely and critical topic and the Correspondence articles by Schneider et al. and Etzion offer...

EATLancet vs yes2meat: the digital backlash to the planetary health diet

Food production, climate change, and human health are intrinsically related. The EAT–Lancet Commission is one of the first attempts to summarise and communicate the best available science on what constitutes a healthy diet within environmental targets. The launch of the report was paralleled by several international launch events, including a social media campaign with its own hashtag: #EATLancet. Although the report was posi...

Transnational corporations and the challenge of biosphere stewardship

Sustainability within planetary boundaries requires concerted action by individuals, governments, civil society and private actors. For the private sector, there is concern that the power exercised by transnational corporations generates, and is even central to, global environmental change. Here, we ask under which conditions transnational corporations could either hinder or promote a global shift towards sustainability. We sh...

See all publications with Galaz, Victor